The Three F’s of Tinicum Marsh

Fishing at the Refuge? Fun.

Worrying about when the next flood will hit your block? Not fun.

Wondering how these two things are related? Read on.

The wetlands of John Heinz National Wildlife Refuge at Tinicum benefit wildlife and people in many ways. Their acts of service, or Functions, can be broadly categorized into three F’s: Feeding, Filtering, and Flooding.

Food first! Tidal marshes like the Refuge’s Tinicum Marsh act as nurseries, providing the food and shelter dozens of fish species need to grow up. These fish feed larger predators, like osprey, bald eagles, and of course us humans! The fish we eat, from catfish to striped bass, grow up in tidal marshes like Tinicum Marsh.

And lastly, flooding, but in a good way! During heavy rains, tidal marshes act like sponges, absorbing water and reducing the impacts of flooding on surrounding communities. Marshes slow down flood waters and spread out their energy, resulting in lower flood heights and less erosion.

Early European settlers overlooked these invaluable functions and instead viewed marshes as disease-ridden wastelands. In stark contrast to how the Lenape used the land, they drained wetlands for farming and development. The practice has continued, allowing for the development of the airport, 2 landfills, and a site for low-income housing. These projects reduced the size of Tinicum Marsh from around 6,000 acres to its current 350 acres. If this were a test, we’d get our own “F”. 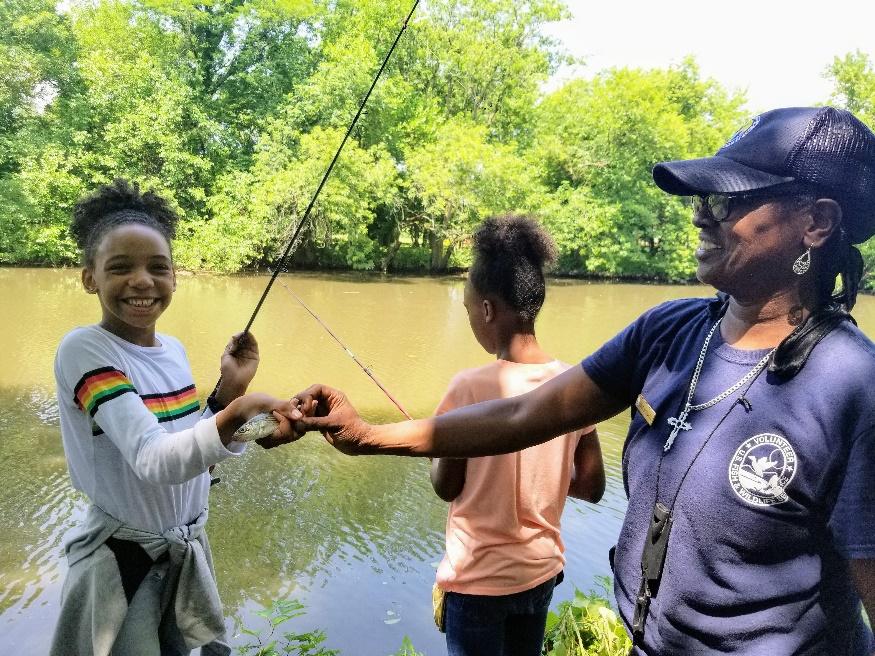 Each of these projects improve the marsh’s three F’s, as well as a fourth we’re adding on: Fun. Because when it comes down to it, that’s exactly what we want the Refuge to be; a place for everyone to relax, recreate, and have fun.